Over the last 12-months, one movie stole the show in the Gambian film industry called MÉBÉT. A short film produced and directed by Ousman S. Jarju. With 10 official selections including the Silicon Valley African Film Festival,  Women of African Descent Film Festival and the U.S. Hollywood International Golden Film Awards, 3 award nominations and 2 festival award wins; MÉBÉT was the movie of 2020. This short film about child marriage and its effects on society transcends the challenges girls and women face in a world that deems us less-than, and unworthy of making choices to live a decent life and freedom in all just pursuits.

The African movie industry has long been dominated by Nollywood and its interesting and dramatic storylines rooted in the authentic African experience of laughter, love, pain and yes, black magic. Nollywood has blazed the trail for the African independent film industry, we all bared witness to its growth from the horrible production to now quality movies that rival Hollywood. The takeaway from the Nollywood experience is to just start, learn and enjoy the growing pains. This is exactly what award winning producer, director and actor Ousman S. Jarju is doing with the Gambian film industry. Here’s a small part of his story.

Tell us your story. Who is Ousman S. Jarju?

As simple as it may seem, I find this question always hard to answer whenever I am asked, mainly because I view myself as a highly complex person. Different people experience me differently and as I journey through these different circumstances, I often catch myself adjusting differently, even when I lie to myself that I remain the same through it all.

First of all, I am a Talibe and a Rebel who appreciates the simple magic of ordinary days. I like to see myself as an artist, and I mean this in any form that I could possibly express artistry. But for the sake of this interview, I’d say that I am a screenwriter and a movie director. I spent most of my younger years in the Kanifing area, and like many Gambian kids, I also grew up playing soccer on the streets and re-enacting fight scenes from Stallone and Schwarzenegger movies.

What is the official name of the Gambian movie industry? I.e. Hollywood, Nollywood etc.

I am not aware of any official name being accorded to The Gambia’s movie industry yet. However, I know certain individuals who have tried to push certain names here and there through the films they were producing. In fact, in 2006, when we did “Calabash” which is the first feature film I directed, we tried to move with the name “Jollywood” (as in Jollof and Jolly in Wollof means ambience) but the name did not hold. Notwithstanding, I am not sure in my current state of mind I’d go the “wood” route if I were given the honors to do the naming. But in the end, it would not matter what name we give the industry, because a name doesn’t make an industry. The quality of films we make shall determine how far we go.

Storytelling is an art, what do you look for in a script? Do you have a selection criteria?

In The Science of Storytelling, Will Storr wrote, “unexpected change makes us curious, and curious is how we should feel in the opening movements of an effective story”. This is true because in my opinion, a good story invites us into the life of a character, allowing us to journey with the individual and motivate us to share the feelings and emotions of the person. Invariably, this would motivate us to laugh, to cry or even put us in a dark space. A good story overall presents characters that mirror our lives and experiences, and perhaps this is why we often have this love vs. hate relationship with our heroes and villains. If you can create two or more opposing forces, each using everything they have to ensure that they prevail over the other, then to me that is a good script. In the end, it doesn’t matter who is good or who is evil.

Your work is shaping the movie industry in The Gambia, what do you consider to be your biggest achievement thus far?

In an industry that is lacking a lot of the requisite resources, such as experience, knowledge and equipment, sometimes, your biggest hope is meeting someone that can inspire you and give you the courage to keep going. I was lucky to find this in Harona Drammeh years ago. And since then, it has been a fervent commitment of mine to share as much as I can through this journey. So my greatest achievement by far, I would say, is the handful of young people who allowed me to tap on their shoulders and say “keep on”. And also to those who observed me from a distance and, by their own strong will, and passion remained inspired and motivated. I am grateful for these encounters and I hope I have enriched their lives as much as they did mine.

If both the government and the private sector invested in this industry, where do you see the Gambian movie industry going? Can it rival Nollywood?

In terms of storytelling and filmmaking, Gambia is a relatively crude, raw and untapped field with huge potential. There is still a whole heap of things we have got to learn. Nonetheless, the creatives are ready and cannot wait to share their talents with the world. All that is great, except that filmmaking is a very expensive venture with a lot of risks, but also highly rewarding. So with adequate public/private sector investment, we can build a film industry of international pedigree because we have stories that are unique to us while still capturing the universal human story and essence. We can simply be a worthy addition to the global filmmaking plateau.

What, in your experience, is the most important quality in a production company or Producer?

You know, this is something we are learning ourselves, since we established RebelVZN. I believe the courage to embrace and be confident in your uniqueness, but also the wisdom to recognize your limitations can be a great thing. Because this ensures that you do not sell yourself short but also allows you to seek partners and collaborate in those areas that are not your forte. We found this particularly useful in the making of Meébéet, where we partnered with STS Pictures, Studio 411, Image’N’Sound, Linguere Communications and a host of others to be able to pull off the quality production we did. I particularly cherish these partnerships and relationships and my hope is to double up on this, moving forward.

What has been your biggest lesson thus far? What did it teach you?

This might sound cliché, but I have learned that we all struggle sometimes. Therefore, the idea of perfection is a myth unless and until you chance upon the now. My biggest lesson however, is that things do not have to be perfect in order for you to start. Just start and perfect it while at it. It’s difficult to remember this in the heat of the moment, so I am not always true to it. But I am getting better at making a conscious effort to just do my part by starting and then believe in the power of The Universe to actualize itself.

What is your dream project and how can Gambian’s support this dream?

My dream project is a simple one, and for the short term. It is to make an exclusively Gambian cast and crew film that would make its way into Netflix. Gambians can support this dream by taking part as actors when asked to do so, allow us into their houses as locations and chip in financially on www.rebelvzn.com. Or simply give me or one of my team members a ring and we can have a friendly chat. 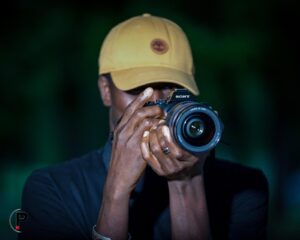 1. What’s your favorite song at the moment?

I love me a lyrically witty song. So “Couple More” by ENC – It’s been on repeat.

2. If you could have lunch with anyone who would it be and why?

It would be Spike Lee, because he is also a rebel in his own right and I think he’s a phenomenal film director. I hav

e so many questions to ask him.

You are good enough! 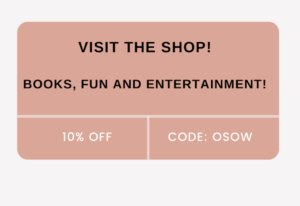 Send Us an Email!

LET’S MAKE SOMETHING GREAT TOGETHER!

Whether you are a photographer, blogger, maker, artist, or small business owner – we would love to feature your content!